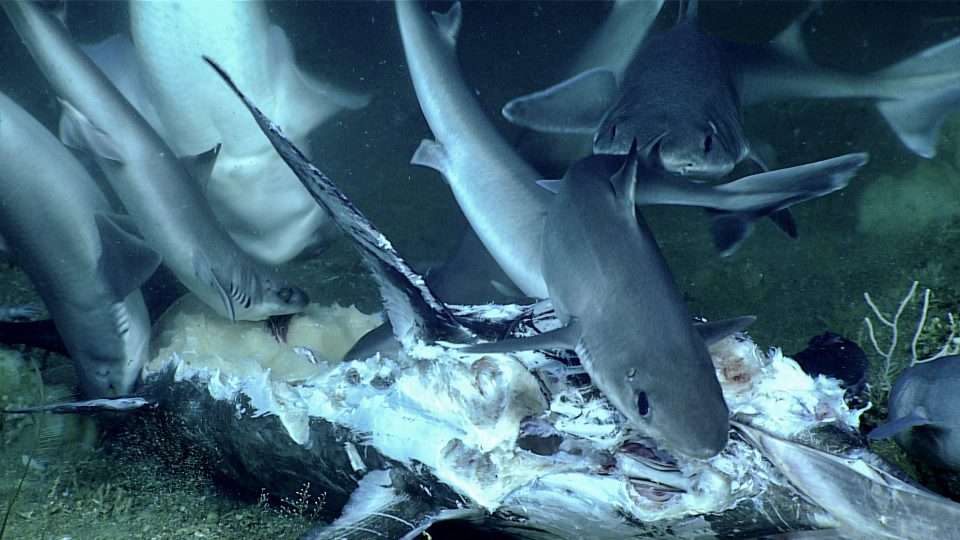 The landscape of the ocean depths appears to be an endless underwater desert, where all inhabitants struggle to survive and every meal is a real celebration. That is why the images captured in the video below by researchers from the Nationa Oceanic and Atmospheric Administration - NOAA, are truly unique!

In the summer of 2019, NOAA scientists exploring the ocean depths off the US coast recorded an extremely rare situation when a group of sharks feasted on the carcass of a dead swordfish. Documenting such a scene is a real lottery win, but it was soon to become clear that it was only a prelude to an extraordinary finale. 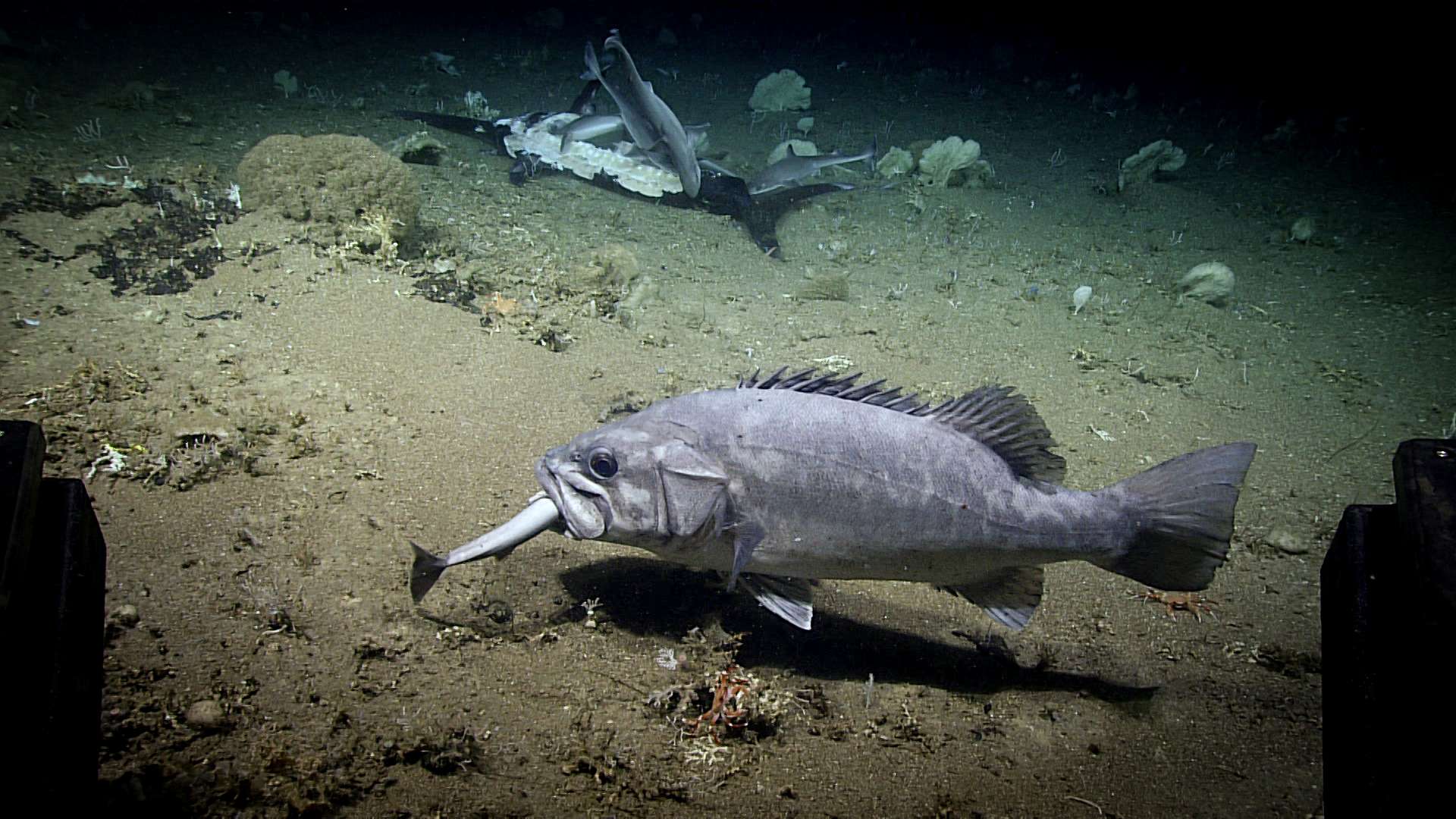 A remote-controlled ROV belonging to NOAA recorded the sharks greedily devouring bite after bite of swordfish, and no one even expected - including the sharks - that the vehicle would serve as a magnificent curtain for the giant wreckfish, which had its own plan for the feast.

However, let us start from the beginning. The whole scene took place at a depth of about 450 metres, 130 km off the coast of South Carolina. A NOAA team, using the ROV Deep Discoverer, was searching for the wreck of the SS Bloody Marsh oil tanker. At one point, the vehicle's operators came across the remains of a 2.5-metre swordfish, on which nearly a dozen sharks were feasting.

The cause of death of this majestic animal is not clear. Perhaps the swordfish died due to age, illness or other injuries. There was no visible hook or trace of line anywhere, suggesting that it was a lost catch. However, the fish was already badly battered by hundreds of shark bites and most likely any marks would no longer bevisible, said Peter J. Auster, a marine scientist at the University of Connecticut

The body of a dead swordfish attracted the starved scavengers, but it wasn't long before someone else showed up. A lone Atlantic wreckfish(Polyprion americanus), appeared at the scene of all the commotion to hunt down a tasty morsel for itself.

These massive fish can exceed two metres in length and usually hang around deep caves and shipwrecks. It's not clear whether the wreckfish had an appetite for swordfish or whether he immediately opted for a slightly fresher assortment. However, at one point it emerged from the glow of Deep Discover's robotic lights and simply swallowed one of the feasting sharks.

If you are interested in sharks and encounters with them, you must take a look at the 9th issue the DIVERS24 quarterly magazine! The digital version of the magazine is available free of charge, while the printed version you can buy in our online shop. 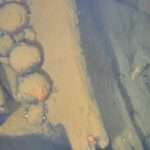 New underwater documentation of the 1524 wreck has been compiled. 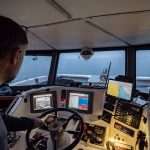 Two Spanish cannons from 1596 fished out of the Atlantic

Researchers have created a 3D model of the wreck of a Japanese submarine....

The wreck of an ancient ship with hundreds of amphorae found in...