In 2016, a Royal Navy ship apprehended perpetrators in the act of looting a World War I shipwreck sunk near the Achipelago of Scilly. Now the case has come to a head as a court has handed down a verdict sentencing the perpetrators to heavy fines.

The apprehended thieves have been fined £250,000. It all started when the crew of HMS 'Severn' tracked down the looters and discovered £90,000 worth of metals on board their vessel from the wreck of the SS 'Harrovian', which was sunk by the German submarine U-69, in 1916.

The British steamer sailed from New York to Le Havre, France, carrying various metals for the Allied troops - including over 1,000 tonnes of copper rods, with a present-day value of around £5,000,000! None of the crew of the SS "Harrovian" were killed. The Germans stopped the steamer, forced the crew to abandon the vessel and then sank her.

In recent years, the stealing of sunken vessels by shipbreakers has become a real scourge. The procedure has particularly affected the wrecks of British, Australian and Dutch vessels. 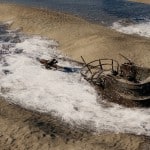 "Expedition to the bottom" - premiere of new National Geographic series 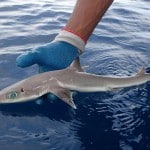 Archaeologists have discovered 23 ancient wrecks during an expedition lasting 22 days!

The end of the Maritime Institute as an independent research unit