Our Earth Foundation, the Sub-Warsaw Dive Exploration Group and the Warsaw District Office Ochota invite you to the 2019 Clean Up the World Poland Finale! We will meet on Sunday, 22 September, at 11:00 on the shore at the wooden pier (by the "black water point" sign) perfectly visible from Drawska Street, where there is a car park.

One dive planned, and the diving conditions... well - the visibility can leave a lot to be desired. But who wouldn't want to have a logged dive in the capital and at a depth of 10 meters!

In addition, on the surface there will be cleaning and ecological games and competitions organized by the Foundation Our Earth, so we invite non-divers to participate. Divers will need help on the surface, and the planned attractions will not let you get bored.

A bit of history:

Szczęśliwice Park was established only in the 1960s in an area just beyond the pre-war border of Warsaw's Rakowiec district, in the southern part of Szczęśliwice, newly incorporated into Warsaw at that time. This area, due to the extraction of clay for the Oppenheim brothers' brickworks, was not built-up with the fortifications of the Warsaw Fortress, lying between forts Szczęśliwice and Rakowiec, whose neighbourhood, in turn, ruled out residential development. The open, undeveloped areas used to be a place for stationing gypsy caravans. The clay pits and spoil heaps were finally reclaimed in the 1960s. Two large reservoirs with an area of 7.5 hectares were formed from several small ponds and connected by a canal. As a result of an agreement between the district authorities and the Polish Angling Association, the Szczęśliwice Lake was made available to anglers. On the initiative of the inhabitants of Ochota, the Anglers' Circle No. 7 was established, which still takes care of the reservoir.

More information can be found on event page. 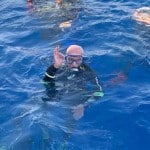 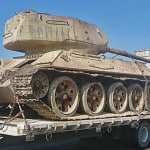 An underwater museum is being built in Hurghada!

Kassa and class - new on the market