What are we talking about? Tiny plastic particles less than five millimetres in diameter. They come in many shapes and colours and embody their definition in glitter and plastic confetti.

Analysing the composition of the products we happily buy for special occasions such as a carnival ball, we come across plastics - including polyethylene, polypropylene, PVC and many others. Where do they land after they have played their part at the party? In our ocean, of course.

Researchers at New Zealand's Massey University claim that a ban on the production of decorative products popularly known as 'glitter' could significantly help in the fight against microplastic water pollution. Why do we actually dislike microplastics? Apart from the fact that it is a material that takes a long time to degrade, measured in hundreds of years, such tiny particles can also be easily ingested by marine fauna.

In addition, microplastic particles have accumulation properties - they accumulate heavy metals and other toxic fat-soluble substances on their surface. An accidentally ingested piece of glitter can accumulate, together with the associated toxins, in the fatty tissue of an animal and be transferred between links in the food chain. In addition, some plastics, such as PET (the main raw material used to make glitter products), have a negative effect on the animal's hormone balance when digested.

Scientists agree on the negative impact of microplastics on the environment, it remains to be seen exactly which products are to be phased out. In addition to the aforementioned glitter, microbeads contained in bath lotions and other cosmetics are also a problem.

If we want the ocean to truly shine, we need to phase out what we don't need and are indifferent to underwater ecosystems. 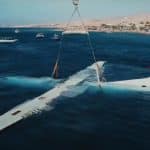 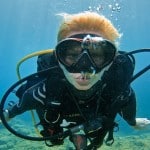 The first Laboratory of Maritime Archaeology - LabMa - has opened in Montenegro

Diver decapitated by white shark off the coast of Mexico

Researchers have identified the wreck of a 1672 warship.